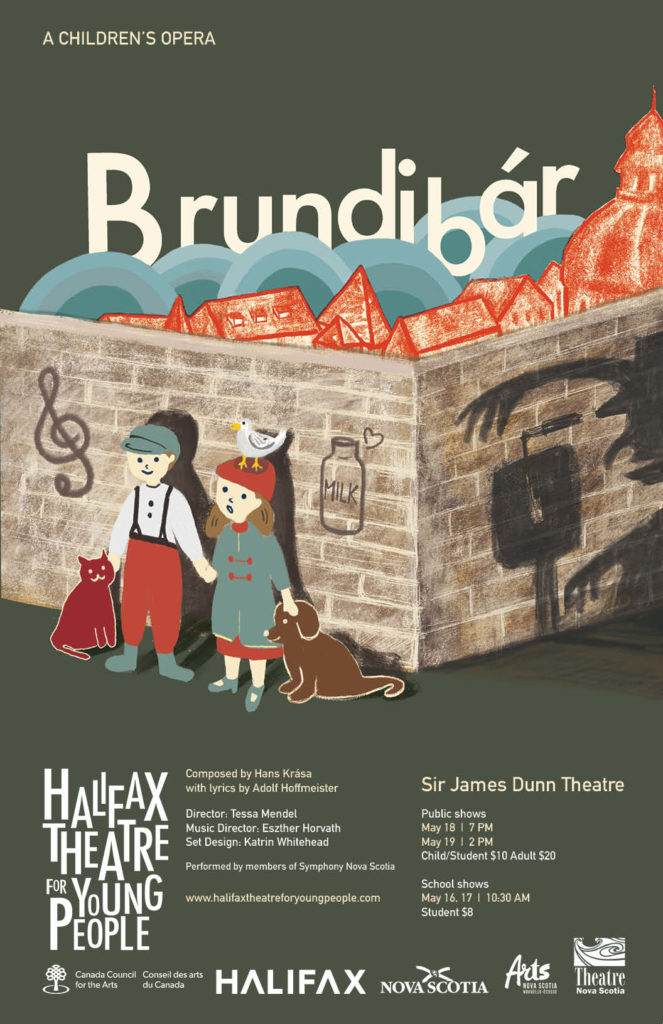 HTYP is very excited to announce its latest production: Brundibár, coming to the Sir James Dunn theatre May 18-20th.

Brundibár is an opera written for children and performed at the Theresienstadt Concentration Camp. No more than forty minutes long, it was composed in 1938 by Hans Krása, with lyrics by Adolf Hoffmeister and received its premiere in German-occupied Prague at the Jewish Orphanage before the mass transports of Jews to Theresienstadt began in 1942.

Directed by Halifax Theatre for Young People’s Artistic Director Tessa Mendel, with musical direction by Eszter Horvath, the production will feature professional musicians, including Scott MacMillan and members of Symphony Nova Scotia, children from the local community and professional set and lighting designers. The production, along with an educational component, guest speakers and a photography exhibit will take place at Sir James Dunn Theatre in May, 2019 with performances for both schools and the public.